2020 is already more than half-way gone but with so much happening this year (COVID-19, anyone?), we at Codota only just now got around to compiling our list of top devs to follow this year.

As we’re becoming more and more involved in the dev community and engaging with our coders (we prefer that over “users”, what do you think?), we’ve found so many great people who dedicate their precious time to educate, influence, and share insights with their followers and the wider community.

Getting around this endless network of talented developers is challenging in itself, so, we did some digging for you and created this list of our top 14 favorite influencers in software development for 2020 – in no particular order.

Chances are you’ve clapped for one of Javin’s articles on Medium before. Javin is a Java Programmer and Blogger, with a strong and engaged social following of tens of thousands both on Twitter and Medium.

He’s been writing Java articles and tutorials for the last 10 years, on his blog Java Revisited, and coding Java for 15 years. The team at Codota especially likes his clever, insightful, and humorous tweets, so we encourage you to check him out!

You can check out the latest on http://javarevisited.blogspot.com  and http://java67.com

Ania Kubow is a Software Developer and popular YouTuber specializing in recreating some of the most popular and classic retro games using pure JavaScript, HTML, and CSS.

Her passion lies in helping others learn the fundamentals of JavaScript, as well as logical thinking. Outside of her own YouTube channel, you can also find her tutorials of the likes of Udemy, FreeCodeCamp, and many more.

Danny is a thought leader and software engineer who provides his large and admiring fanbase with more that just code tutorials. Danny also has a YouTube channel on how to find your next job on LinkedIn, and delivers an inspirational podcast for developers looking to hit their personal career goals.

Danny teaches, speaks at and organizes meetups, and is very much involved in community activity by trying to help young people to get high quality education.

Angie is a Senior Developer Advocate who specializes in test automation strategies and techniques. She has a super cool website in which you can find her articles, courses, talks and workshops.

She shares her wealth of knowledge by speaking and teaching at software conferences worldwide, as well as on the leading online platform – Test Automation University.

In her spare time, Angie volunteers with Black Girls Code to teach coding workshops to young girls in an effort to attract more women and minorities to tech.

Cyris is a 100% self-taught full-stack developer from New Zealand, and he is not very far from reaching his 20K followers on Twitter. He started out coding HTML emails and moving onto Front-end development for websites. He’s been working in the Digital Marketing space for 10 years now, his preferred languages are JavaScript and using NodeJS for backend.

He likes to build and code Arduino, ESP32 robotics and projects, while enjoying his other hobby 3D Printing. If you’re looking for someone who to learn JavaScript from while having a good time then you should follow Cyris. The fact that he’s from New Zealand makes it that much cooler but luckily he’s got more things to offer 🙂

Trey is a software developer and founder of Skilled.dev and gitconnected.com. He started out as a self-taught engineer, over 6 years ago, and is passionate about building tools to help others launch their career in software engineering. Trey excels at teaching experienced developers how to land their dream job.

You might be familiar with Jhey’s bear more than you’re familiar with Jhey, so we’ve used a photo of them both. He’s a web developer with almost 10 years of experience (Jhey, not the bear), working with a variety of tools. Typically he’ll be digging in with React, architecting CSS in and out of JavaScript, or orchestrating slick animations with Greensock.

Nicola is both Italian and a software developer, which makes him almost perfect 🙂 Nicola loves to work with people and explore new experiences for personal growth.

When he was 10 years old, his father bought him his first personal computer, and since then he’s had a computer joined at the hip. Besides the fact that he is coding from Romeo & Juliet’s home town of Verona, he is a freelance developer, focused on JavaScript in general and Angular in particular, with great passion for technology and space rockets.

James is a developer, speaker, and teacher with a passion for web development, design and developer tools. He is a Senior Developer Advocate at Auth0 and has over 7 years of experience in advocacy and software development. In his spare time, he owns a YouTube channel, has created several courses on Node and React, plays co-ed soccer with his wife, spends time with his dogs, and can solve a Rubik’s cube in under two minutes.

Ravin is a self taught web developer with expertise in JavaScript, TypeScript, and Python, that, according to his Twitter bio, eats APIs for breakfast. Sounds yummy. Ravin is a freelancer, whose apparent love for Twitter polls creates some of the most fun Twitter threads a developer could ask for.

So here are a few new things you may not have known about Marc – He lives in Luxembourg, drinks Espresso, and enjoys travelling (once upon a time, when it was possible…).

He mostly works with JavaScript (Node.js & Vue.js), and also has experience with Ruby on Rails, PHP, and others. Don’t miss Marc’s funny dev related memes on his Twitter page!

Yannic makes videos on topics he loves :). His YouTube Channel, boasting over 34.1K subscribers, is chock full of machine learning related content. How deep does he go? Well, he even has videos where he reviews memes about machine learning. Usually sporting a pair of cool sunglasses, no one makes machine learning as cool as Yannic.

Rachit is a MicroSoft dev based out of Hyderabad. He also happens to own a popular YouTube channel with 120K programmers subscribed (!). His channel is a blend of programming tutorials, life lessons, and mentorship talks.

Like some of the other influencers on this list, Rachit aspires to help devs reach their goals. He believes that “Everyone should get a chance in their lifetime to feel proud of themselves”, and works hard to guide the young minds across the entire world.

Roman is a computer scientist at the University of Louisville, known for his work on behavioral biometrics, security of cyber worlds, and artificial intelligence safety.

Roman is currently the director of Cyber Security Laboratory in the department of Computer Engineering and Computer Science at the Speed School of Engineering. Although is dealing with very serious things, you can enjoy his fine humor on his Twitter page. 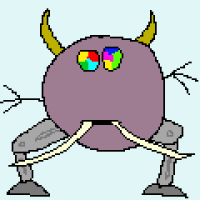 The Tabnine Podcast – Will AI eventually write the code for us?

Tabnine and JJ Asghar – what Docker is all about I recently had the pleasure of talking to Nimrod Kramer from daily.dev about how software…

We are living in the golden age of developer-focused podcasts – a plethora of perfectly packaged, easily accessible knowledge and entertainment, all waiting to be consumed at the press of a button.