Being a software developer in 2022 can sometimes seem like an overwhelmingly solitary existence. One of the challenges of a hybrid or remote work environment is that opportunities to learn and be inspired by your teammates can be limited.

On the other hand, 2022 gives us access to near-limitless possibilities when it comes to finding online virtual mentors. There are some truly incredible devs out there doing some really inspiring work. Like most of our online mentors, Ania now splits her time between software development and online course creation. Ania quit the rat race a few years back to focus on her growing YouTube channel which has already racked up more than 8 million views and 250 thousand subscribers. Ania is all about ‘reaching and teaching’ with the goal of educating students on how to code by building retro games and awesome projects. You can make your Wednesdays even more wonderful by checking out Ania’s weekly video releases on YouTube and FreeCodeCamp. Lana is a full-time indie game developer currently working on her very own apocalyptic city survival game called STRAIN. You can check out her daily streams on Twitch and tutorials on YouTube. Lana’s light-hearted approach to game development is always fun, refreshing, and informative. Unlike some of the other developers we’ve mentioned in our list, Lana doesn’t just write code, she’s a legit 3D artist creating tons of gorgeous assets for her games. If you’d like to learn more about the world of indie game development, Unity, C#, and Maya 3D, you should definitely give Lana Lux a look. Mosh Hamedani is a software engineer with over two decades of experience. He’s taught more than 10 million students how to code through his online courses and YouTube channel, where he’s built a massive following of over 2 million subscribers. Mosh believes coding should be fun and accessible to everyone. He started programming at the age of seven on a Commodore 64 and fell in love with it. Outside the software world, he enjoys photography, playing jazz piano, swimming, and Latin dancing. CJ started coding Coding Garden a couple of years back and has been dropping fresh content several times a week since then. The community is open, interactive, and engaging. Any coder, from beginner to expert, can learn and grow together. Whether it’s a tutorial, Q&A session, algorithmic problem solving, or full application design and build, there’s always something new to learn in the garden. With close to 50 thousand followers on Twitch, 120 thousand on YouTube, and well over 4.5 million views, you’ll be in good company when you roll up your sleeves and dig into Coding Garden’s content. Shaun is a full-stack web developer and online instructor with more than 1000 free programming tutorials on his YouTube channel The Net Ninja. His massive library covers subjects including –  Modern JavaScript, Node.js, React, Vue.js, and Firebase just to name a few. The depth and breadth of his courses have helped him land a loyal following of close to 1 million subscribers. In addition to creating compelling course content, Shaun works on various UK-based eCommerce websites for small independent organizations as well as large international brands. Ben is an enigma of sorts, his celebrity extends far beyond the boundaries of the development world into the mysterious domain of ‘social influencer heartthrob’. Vox wrote an article about him last year entitled “Anatomy of a TikTok hunk”. At only 24 years old, Ben has already built an enormous following on TikTok and YouTube with videos focusing (mostly) on React, React Native, GraphQL, Typescript, Node.js, PostgreSQL, and Python software development. His YouTube community tops 350 thousand and he’s racked up more than 14 million views on Tik Tok. Jeff is the founder of fireship.io, home to a massive free and paid tutorial catalog. Delaney has also accumulated over 1.2 million subscribers and 116 million views on the fireship.io YouTube channel. The channel is home to tons of “High-intensity ⚡ code tutorials to help you build & ship your app faster.” Jeff refers to his Fireship.io website as “a gateway drug for developers who want to build awesome web & mobile apps.” One of the massive benefits of the fireship.io business model is that you get to spend hours watching free tutorials before having to decide whether or not Jeff’s teaching style works for you. Yan, who is a massive fan of graphics rendering, got his start working on game engines for the TripleA industry behemoth Electronic Arts. After putting in a solid 4.5 years at EA, Cherno decided to head out on his own and start Cherno Studio, built using his very own game engine he named Hazel. You can join the close to half a million subscribers who regularly tune in to The Cherno’s YouTube channel for a behind-the-scenes peek at the process and follow the team building the games. The channel is packed with tons of tutorials geared toward programmers interested in game development. Safak’s YouTube channel is less than 2 years old and has already racked up more than 80 thousand subscribers and 4.5 million views. Safak’s passionate full-stack approach to teaching web development has played a key role in the meteoric rise of his audience numbers. If you’re itching to add some web design and animation skills to your toolset and React, Node.js, HTML, and CSS tutorials are your jam, Lama Dev is definitely worth a look. Bucky and The New Boston have the oldest and largest YouTube channel on our list by far with 2.6 million subscribers and nearly 500 million views. The TNB channel was started back in early 2008 and is packed with hours of free tutorials. New devs can dive into the well-organized playlists for JavaScript, Java, C, C++, and Docker tutorials. If you’re interested in blockchain tech, you may want to check out TheNewBoston blockchain project, an open-source digital economy being developed by a community of contributors all over the world. This economy rewards contributors in TheNewBostonCoin (TNBC) for adding value.

Are you following some incredible devs that weren’t on our list? Share their names with us @Tabnine_ onTwitter and maybe we can add them to our next list. 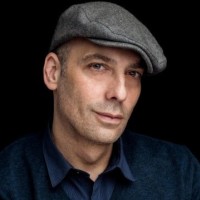 Jeremy is the Director of Content Creation for Tabnine and a regular contributor for various publications that focus on AI and Pro AV.