Update (August 19): We’ve released Tabnine Local, which lets you run Deep Tabnine on your own machine.

TL;DR: Tabnine is an autocompleter that helps you write code faster. We’re adding a deep learning model which significantly improves suggestion quality. You can see videos below and you can sign up for it here.

There has been a lot of hype about deep learning in the past few years. Neural networks are state-of-the-art in many academic domains, and they have been deployed in production for tasks such as autonomous driving, speech synthesis, and adding dog ears to human faces. Yet developer tools have been slow to benefit from these advances. To use a surprisingly common idiom among software blogs, the cobbler’s children have no shoes.

Tabnine hopes to change this.

Deep Tabnine is trained on around 2 million files from GitHub. During training, its goal is to predict each token given the tokens that come before it. To achieve this goal, it learns complex behaviour, such as type inference in dynamically typed languages:

Deep Tabnine is based on GPT-2, which uses the Transformer network architecture. This architecture was first developed to solve problems in natural language processing. Although modeling code and modeling natural language might appear to be unrelated tasks, modeling code requires understanding English in some unexpected ways. For example, we can make the model negate words with an if/else statement:

In the past, many users said they wished Tabnine came with pre-existing knowledge, instead of looking only at the user’s current project. Pre-existing knowledge is especially useful when the project is small or a new library is being added to it. Deep Tabnine helps address this issue; for example, it knows that when a class extends React.Component, its constructor usually takes a single argument called props, and it often assigns this.state in its body:

Deep Tabnine can even do the impossible and remember C++ variadic forwarding syntax:

Deep Tabnine requires a lot of computing power: running the model on a laptop would not deliver the low latency that Tabnine’s users have come to expect. So we are offering a service that will allow you to use Tabnine’s servers for GPU-accelerated autocompletion. It’s called Tabnine Cloud, it’s currently in beta, and you can sign up for it here.

We understand that many users want to keep their code on their own machine for privacy reasons. We’re taking the following steps to address this use case:

If you choose to use Tabnine Cloud, we take the following steps to reduce the risk of data breach:

Tabnine Cloud is currently in beta, and scaling it up presents some unique challenges since queries are computationally demanding (over 10 billion floating point operations) yet they must be fulfilled with low latency. To ensure high service quality, we are releasing it gradually. Customers of Tabnine will be the first to receive access.

This deep learning stuff is cool but I’m skeptical that it can improve over my existing autocompleter which actually parses the code.

You can use both! Tabnine integrates with any autocompleter that implements the Language Server Protocol. Tabnine will use your existing autocompleter when it provides suggestions and use Deep Tabnine otherwise.

What latency can I expect?

What languages are supported?

Only code with one of the following licenses is included in the training data:

Licenses are determined per-repository by Licensee.

Thanks to everyone who gave feedback on this blog post, and thanks to OpenAI for open sourcing GPT-2. 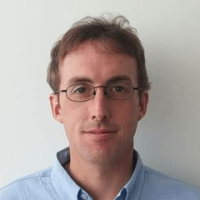 Tabnine is Now Part of Codota Tabnine is proud to provide an easy integration experience for the millions of Bitbucket, GitLab, and GitHub users who are adding Tabnine’s AI code completion assistant to their software development workflow. We are incredibly excited to announce Tabnine’s partnership with GitLab. This new integration will give…